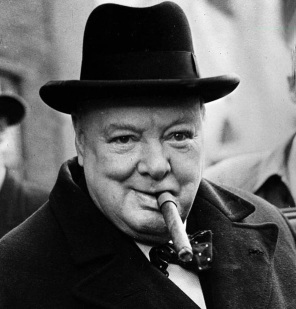 Sir Winston Churchill’s intriguing relationship with the supernatural has been largely overlooked. The man who was voted ‘Greatest Briton’ in a nationwide poll at the turn of the century will forever be best remembered for his heroics during our darkest hour. When Great Britain stood alone against the tyranny of the Third Reich in 1940, Churchill’s dogged determination, superhuman spirit and rousing rhetoric rallied the nation against seemingly inevitable annihilation. 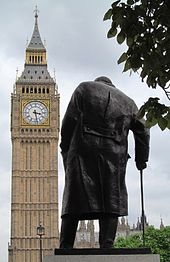 A Sense of Destiny

In his 2001 biography of Churchill, Roy Jenkins noted the great statesman’s vigorous sense of destiny. From an early age Churchill seemed certain that his life had a higher purpose and that at a critical moment in history, he would be called upon to robustly defend the national interest. Despite the calamity of Gallipoli in 1916 and of being dismissed as an anachronism by younger politicians prior to the outbreak of the Second World War, Churchill never lost this inner sense of purpose and commitment.

A Sensitivity to the Supernatural

As an artist and accomplished author, Churchill was far more open minded and sensitive than is commonly assumed. Jenkins and other commentators have highlighted his respect for the Gypsies who would often pitch close to his ancestral home of Chartwell. Clearly the Prime Minister understood that it would be fortuitous to treat them with kindness and viewed their appearance as a good omen.

The British occultist Aleister Crowley also claimed to have suggested the PM make use of the ‘v for victory’ sign during the war. Several sources have indeed confirmed this to be true, and Crowley’s connections with the British secret services are now largely accepted. The mercurial occultist believed the sign to be symbolic of the god Horus who would help the British defeat Hitler. Whether Churchill spoke directly to Crowley is unknown, but his use of the sign became one of his defining war-time features.

It was very unusual for a British politician of Churchill’s generation to adopt a sign. Did the Prime Minister accept advice from Aleister Crowley?

Churchill wrote candidly about an extraordinary supernatural event which occurred at Chartwell after the war. Whilst painting, the ghost of his dearly departed father mysteriously materialised in the studio. According to the former Prime Minister’s account, his famous stiff-upper lip held firm and he felt no fear. He subsequently conversed with the apparition of Churchill Senior for several minutes – dutifully updating him on political, cultural and social events which had occurred since his passing. However, perhaps the great man’s composure could be attributed to an earlier esoteric experience. During a trip to the White House, Washington DC, several years before, Churchill claimed to have sighted the ghost of Abraham Lincoln.

Chartwell in Kent where Churchill saw the ghost of his long-departed father.

Churchill is now firmly embedded within the British national psyche – symbolic of cultural attributes such as the bulldog spirit and our sense of fair play. The ubiquitous spectre of Churchill may live on metaphorically, but there have been numerous sightings of his ghost since he exited the world stage in 1965. One of the most recent was at Queensway Underground Station in 2017 where Craig Cooper took a photograph of a peculiar misty apparition. Churchill utilised local tube stops in the Hyde Park area as bunkers during the blitz, and his formidable presence appears to still be looming large over anxious commuters and tourists. 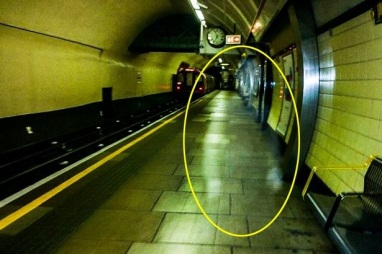 Craig Cooper’s mysterious photograph on the Tube. He also spoke of a strange ‘presence’. Source: mirror.co.uk

The author of the article is David Fox, a professional entertainer and freelance writer who is currently based in the UK. Visit his website at: www.davidfoxmagician.co.uk

Feel free to email us any strange stories to: email@magician-midlands.co.uk