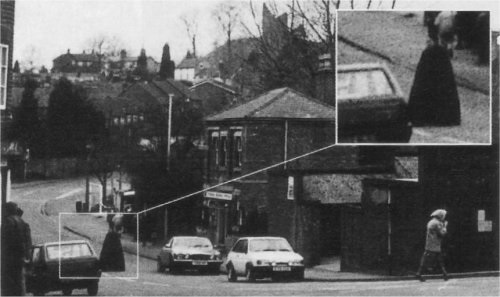 Captured during a photo-shoot in Tutbury, Staffs, is the figure a ghost or supernatural being? Copyright 1993 Brenda Ray.

Who is the mysterious cloaked figure?

The idyllic village of Tutbury, Staffordshire is a popular haunt for day trippers who come to savour its unique charm and famous castle. Mary Queen of Scots was incarcerated here in the 16th century, and it has developed a reputation as one of the most haunted places in the British Isles. 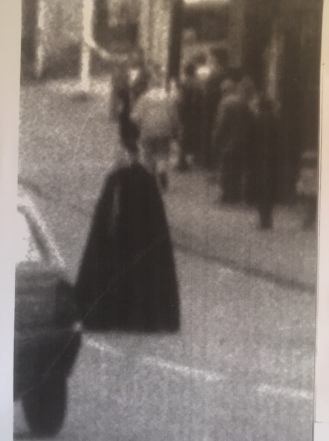 Appearing only once in a series of shots, the figure represents a peculiar puzzle! Copyright 1993, Brenda Ray.

In 1993 Brenda Ray captured the image of a peculiar cloaked figure in the village whilst conducting a photo shoot. This has since been the subject of much speculation, and the story surrounding the mysterious apparition is truly incredible. Indeed, perhaps at some time in the future, Brenda may decide to publish an account of her extraordinary experiences. 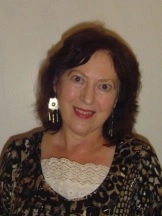 An award-winning short-story writer, Brenda has been interested in the supernatural since childhood.

The supernatural is a subject which has interested Ms Ray since childhood and often features within her literary work. An award winning author, Brenda has recently published two collections of short stories: ‘The Siren of Salamanca’ (2008) and ‘Gondwanaland’ (2013) to much critical acclaim. 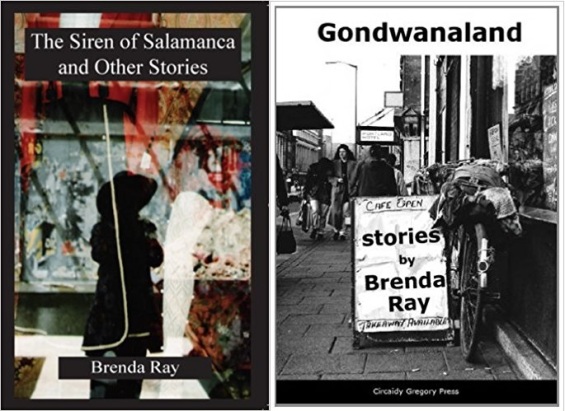 As someone who was brought up on a diet of Edgar Allan Poe, HP Lovecraft and Roald Dahl, I could identify and appreciate Brenda’s genius immediately. Haunting, vivid and tantalising, her stories often leave the reader with more questions than answers. After all, there is nothing more mysterious than the unresolved…

For more details about Brenda and her work please visit: Brenda Ray Writes

David Fox is a professional entertainer and freelance writer based in the UK. Visit his website at: www.davidfoxmagician.co.uk 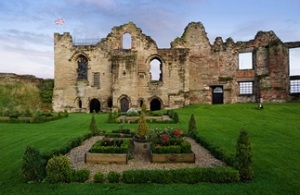 Tutbury Castle in Staffordshire has developed a reputation as one of the finest wedding and events venues in the Midlands. Every year this majestic medieval monument attracts visitors from around the world who marvel at its exquisite charm and rich heritage.

A fortification has existed on this hilltop since the eleventh century, and the castle boasts a long and illustrious history. Its most notable past resident is Mary Queen of Scots who was incarcerated in Tutbury during the late 16th century after abdicating the throne of Scotland and being forced into exile. Indeed, there is much to amaze historians in and around the ruins, and lively re-enactments of historical events are commonplace in the spacious castle grounds on summer days. However, perhaps it is matters of a more mysterious nature which have generated most intrigue in recent years… 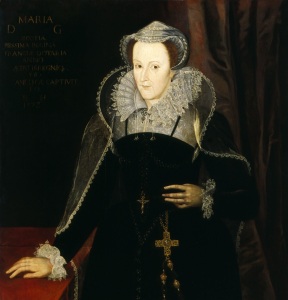 Mary Queen of Scots was held at Tutbury Castle

No fewer than five ghosts are said to haunt Tutbury Castle. The apparition of a soldier wearing armour has been sighted on numerous occasions, along with a spectral white lady and the phantoms of a young boy and girl respectively. In 2004 a large group of visitors saw the spectre of Mary Queen of Scots herself peering down from the South Tower. Furthermore, her celebrity spirit has been witnessed frequently at other locations and is always said to be immaculately attired. Thus, Tutbury can rightfully claim to be one of the British Isles’ most haunted venues, and it is now a site of very special interest for ghost hunters. 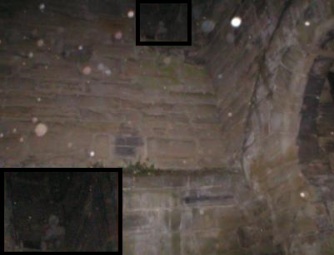 Orbs and a ghostly figure captured at Tutbury Castle

Recently the events team at Tutbury announced they will be resuming ghost hunts at the castle. This will provide an excellent opportunity for paranormal investigators to explore this extraordinary location and seek out evidence of the afterlife.

Professional psychical investigators deploy a rigorous regime when investigating such a venue. State-of-the-art technology is utilised to record potential supernatural phenomena, and a strict scientific methodology is observed. Indeed, such ghost hunters believe that evidence can be captured on film, but this theory is certainly controversial and challenged by sceptics. Nonetheless, there are ample video clips and photographs of weird occurrences at the venue.

Whilst shooting a wedding reception at Tutbury Castle, professional photographer David Green was amazed to find this mysterious image appear in a nocturnal photograph of the newlyweds. David was unaware of the queer ‘fog’ whilst photographing the couple and, to date, there is no logical explanation for this peculiar phenomenon… A closer inspection of the fog… What do you think?

David Green is one of the UK’s top photographers and boasts an exceptional portfolio. Contact David now for your next photo-shoot: David Green Corporate Photography

The author of the article is David Fox. A professional magician and freelance writer who is based in the East Midlands: David Fox Magic

An article posted on 12th January 2017 in the Burton Mail regarding the resumption of ghost hunting at Tutbury Castle: Ghost Hunts Make Spooky Return

Is it really possible to photograph those who have passed on? 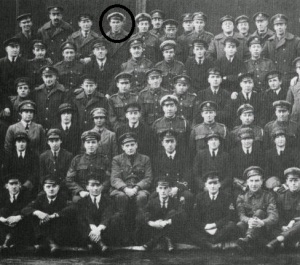 This year we commemorate the one hundredth anniversary of the outbreak of World War One and the above photograph of an RAF squadron was taken in 1919 after the cessation of hostilities. The men and women in this image all served in the same unit during the conflict alongside Sir Victor Goddard (who took the shot). Uncannily a mysterious spectral face can be seen to the rear of the fourth gentleman from the left on the back row. 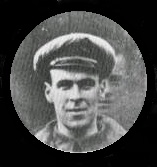 The image of Freddy Jackson, who had died two days before, appears behind the back row.

Members of the squadron quickly identified the man to be Freddy Jackson; a mechanic, who had been tragically killed in an accident two days before the photograph was taken. Indeed, Jackson’s funeral took place on the day of this group shot and his subsequent appearance in the image raises some profound questions. Is it possible to capture evidence of an afterlife using photographic equipment? Or is this merely an example of an elaborate hoax conducted by individuals of superior technological wisdom? 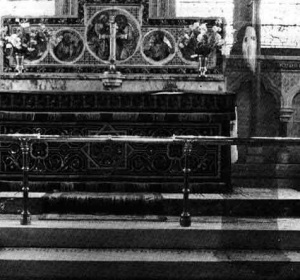 Ghost hunters, psychic investigators and spiritualists have long argued that it is indeed possible to record evidence of the departed by using even the most basic of recording equipment. In recent years it is not only photographs of supposed spirit forms which have entered the public domain, but a whole variety of film clips boasting both visual and audio ‘evidence’ of a seemingly otherworldly nature. Exponents of this viewpoint argue that experts can visit notorious venues of preternatural phenomena and use their sensitivity and awareness to successfully ‘record’ the activities of the deceased. So-called ‘ghost-hunts’ at apparently haunted venues have become commonplace throughout the UK and have provided a much welcome source of revenue to hoteliers. 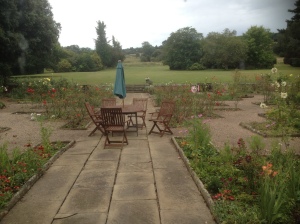 The gardens to the rear of Thrumpton Hall in Nottinghamshire. Note the curious misty ‘figure’ to the centre left.

My vocation takes me to many spectacular locations throughout the British Isles and it is incredible how many venues I perform at which are said to be ‘haunted’. It always strikes me as nothing short of extraordinary how even the most level-headed and austere of hotel managers can suddenly divulge his or her own spine-chilling account of nocturnal queerness on the premises. Such people seem to be fully convinced in the existence of an afterlife and the occurrence of supernatural activity around their venues. Indeed, prior to most performances I always take a few photographs around the hotels, halls and stately homes I am fortunate enough to perform magic at. On a closer inspection, it is rather peculiar that I do often find unusual shapes, orbs and irregularities among the images. For example, the most recent being the misty ‘figure’ in the trees to the rear of Thrumpton Hall in Nottinghamshire (see photograph above). I since discovered that this venue is also said to be haunted by the ghost of a servant girl who took her own life.

For more information about the author, why not visit David’s website: David Fox Illusionist Extraordinaire