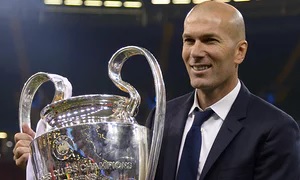 Zidane is well-known for his curious pre-match rituals

The great Bill Shankly famously stated that football is ‘much more serious’ than a matter of life and death. Perhaps this is the reason why superstition abounds within the realms of the beautiful game. From Zidane and Maradona’s much publicised pre-match rituals, to Johan Cruyff’s charmed chewing gum, footballers the world over are well known for embracing the weird and the wonderful in the hope it will ensure good fortune once the white line is traversed. 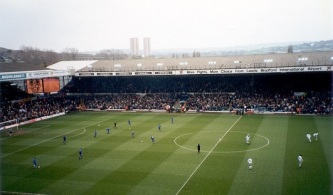 Elland Road was said to be cursed.

Leeds United’s legendary manager Don Revie was renowned for his lucky blue suit and superstitious nature. However, on receiving a letter from a gypsy in 1971, Revie decided to take things a stage further. The author insisted that Elland Road (Leeds’ stadium) was cursed as a group of gypsies had been forced off the land prior to its construction. Suffering from an unexpected loss of form at the time and dropping points, the manager duly invited a gypsy to the stadium in order to remove the curse. ‘Now you’ll start winning things’ she said after conducting a peculiar ritual on the pitch. Leeds would subsequently go on to produce some of the finest displays of Revie’s tenure and secure three more major trophies. Did the gypsy work her magic, or was it merely coincidental? 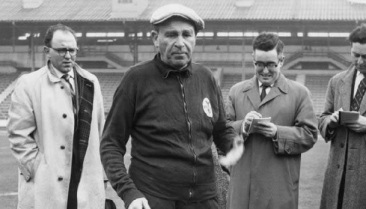 Bela Gutman. Did he curse Benfica?

Perhaps Portuguese giants Benfica should take note of Revie’s faith in the supernatural. In the early 1960s the club was a major superpower and won the European Cup twice under the management of the mythical Bela Guttman. However, after achieving such incredible success, the Hungarian impresario was incandescent when the board denied him a pay rise. On leaving the club, he angrily proclaimed that Benfica would not win another European trophy for one hundred years. To date, the Portuguese side have been losers in eight major finals. Many Benfica fans now firmly believe that their club has been cursed. 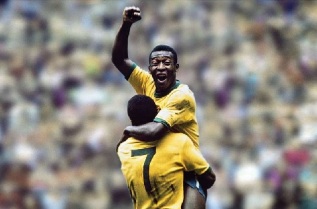 The great Pelé insisted his lucky shirt be found and returned

Even items of clothing take on mystical properties in the high pressure world of professional football. The sensational Pelé’s dramatic decline in form over several matches during the mid 1960s was attributed to the loss of his ‘lucky shirt’. The Brazilian master had kindly presented this to an adoring Santos supporter after a match. A close friend was hastily called upon to track down the special jersey. On its return, Pelé felt rejuvenated and his genius swiftly reappeared. Little did he know that his concerned companion had committed an act of chicanery by procuring another used shirt and pretending it was the lucky one! 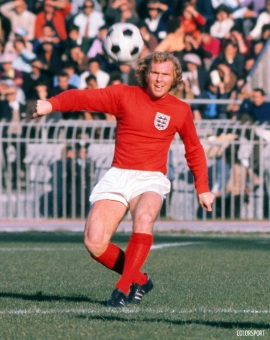 England’s World Cup winning captain Bobby Moore always insisted on being the last player in the changing room to put on his shorts, whilst striker Gary Lineker requested a shirt change at half time if he had yet to find the net. Both players boast a combined total of 188 international caps between them, so perhaps there really is a mysterious link between superstition and success? 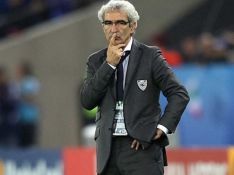 Nonetheless, no matter how much footballers may be willing to embrace the irrational to win matches, they clearly do have their boundaries, as French international manager Raymond Domenech discovered. His reliance on astrology when selecting which players to include in his squad frequently attracted ridicule. The dramatic fall out between Domenech and his team at the 2010 World Cup finals ultimately lost him his job. Another international manager who would fall foul to sceptics was Glenn Hoddle. His policy of calling upon the services of faith-healer Eileen Drewery (who had assisted him with a knee injury as a young player) left him open to scathing criticism. 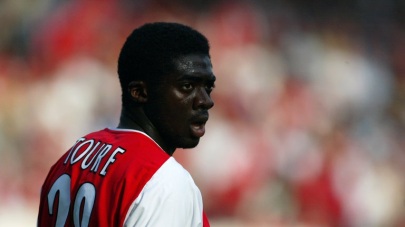 Kolo Touré insisted on being the last man out.

Touching wood, putting a right boot on first and sporting a lucky charm are all common-place superstitions. Indeed, the same habits will be repeated in dressing rooms across the land throughout the highs and lows of the footballing season. One such belief, strangely held by many players, is that they will have a good game if they are the last man out of the dressing room. Arsenal defender Kolo Touré took this to the extreme during his side’s 2009 Champions League clash with Roma. Team-mate William Gallas was receiving treatment at half time and Touré insisted on waiting until this was finished. His obstinance resulted in Arsenal starting the second half with nine men and him receiving a yellow card for entering the field of play late without the referee’s permission. Fortunately for Touré, Arsenal finished 1 – 0 winners.

Do you have any strange superstitions or unusual stories you would like to share? Why not email them to us at: email@magician-midlands.co.uk

The author of the article is David Fox a professional entertainer and freelance writer based in the UK. For more about David, visit his website at: