‘the material plane, as we see it, is the end result of a long chain of evolutionary processes that have gone on in the subtler planes, the realms of spirit, mind and astral ether’

Dion Fortune, (1890 – 1946) otherwise known as Violet May Firth, continues to cast her formidable influence over seekers of the Old Wisdom. An early practitioner of psychotherapy, Fortune was introduced to The Path through the Theosophical Society during the First World War. Blessed with both powerful intellect and steely volition, she would become one of the most prolific and widely read Occult writers of all time.

The Qabalah forms the basis of Western Occultism

In 1924 Fortune co-founded the Fraternity of the Inner Light with Charles Loveday. The group continues to function today as The Society of the Inner Light and offers spiritual guidance for those so inclined. Promoting a Christian morality, the order draws from the teachings of the Golden Dawn and utilises the Qabalah as a framework for personal development.

Indeed, like Madame Blavatsky before her, Fortune believed that she had communed with Masters beyond the physical realms who imparted great wisdom and insight. ‘The Cosmic Doctrine’ (eventually published in 1949) provides an explanation of the creation and machinations of the universe itself. The text also reveals the individual’s place and role within the great cosmic schemata. 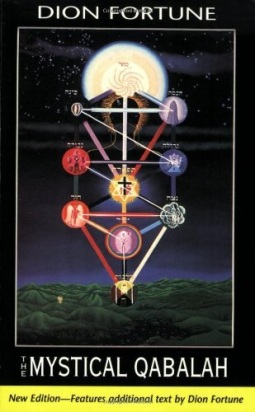 ‘The Mystical Qabalah’ has long been essential reading for those seeking spiritual guidance.

‘The Mystical Qabalah’ (1935) is arguably Fortune’s tour-de-force and candidly demonstrates her tremendous talents and profound appreciation of the Western Esoteric Tradition.  Regarded as a classic of the esoteric cannon, it is still widely studied throughout the world nearly a century after publication. 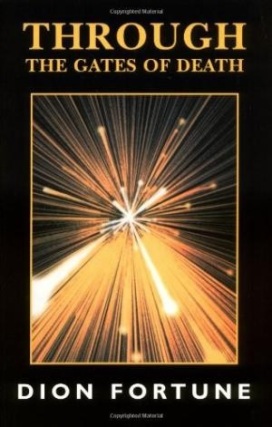 ‘Through The Gates of Death’ is an extraordinary text.

Other texts of note include: ‘Through The Gates of Death’ (1930) and ‘Psychic Self Defence’ (1930). The former is an extraordinary exposition of the astral realms and the process we all must face upon shedding this mortal coil. Fortune addresses this subject with tremendous insight and sensitivity. The latter is essential reading for anyone who decides to embark upon the practice of ceremonial magic, or who may suspect they are a victim of psychic attack.

Like all the great occultists, Fortune understood and appreciated how ancient wisdom can be communicated to students via the medium of art. The author of several novels such as ‘The Winged Bull’ (1935) and ‘The Secrets of Dr Taverner’ (1926), they are still highly entertaining, readable, and contain invaluable pearls of wisdom for us all to absorb and appreciate.

During the dark years of World War Two, Fortune and her associates used magick to thwart the enemy.

Throughout the dark years of World War Two, Fortune drew upon her immense occult knowledge and magical talents to combat the menace of the Third Reich. Her travails are documented in ‘The Magical Battle of Britain’ ( a collection of letters from the war period advising members of her society on how to assist the nation through powerful visualisation techniques). A proud patriot, much of Fortune’s work is influenced by the rich folklore of the British Isles.

In the 1940s Fortune struck up a friendship with Aleister Crowley.

During the 1940s Fortune initiated a fruitful correspondence with the Great Beast 666, Aleister Crowley who was now in his twilight years. Indeed, such a relationship between two seemingly diametrically opposed personalities may appear bizarre to the casual observer. However, both Fortune and Crowley appreciated each other’s genius and would later meet in Hastings. Fortune became sympathetic to Crowley’s doctrine of Thelema (Do what thou wilt shall be the whole of the law) and was sophisticated enough to see beyond the Beast’s notoriety – recognising his exceptional intellect and wisdom.

The Society of the Inner Light’s website provides details of their aims and philosophy: www.innerlight.org.uk

Dion Fortune’s works and rare occult texts can be purchased from Thoth Publications of Loughborough: www.thoth.co.uk Visit their website for an extensive range of titles or contact them for expert advice today.

The author of the article is David Fox, a professional entertainer and freelance writer based in the UK. Visit David’s website for more details now: www.davidfoxmagician.co.uk